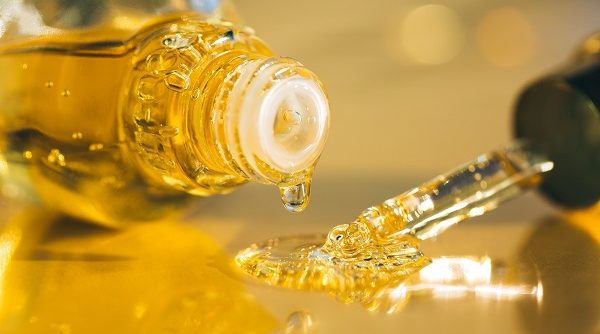 Jojoba oil is a type of vegetable oil that is often touted as the natural alternative to many skin care products. But in this article, we’ll explore how to tell if jojoba oil is really what it claims to be.

Jojoba oil is a natural, plant-based oil that is often used for its healing properties. It is high in fatty acids, which can help to improve the appearance of skin, hair, and nails; reduce the risk of skin cancer, and promote healthy cell growth. Some of the other benefits of using jojoba oil include reducing inflammation and managing psoriasis and eczema.

What is Jojoba Oil?

Jojoba oil is a type of oil made from the seeds of the jojoba plant. It has a high content of monounsaturated fats and is considered a natural moisturizer. The oil is often used as a natural replacement for conventional oils in beauty products, such as skincare and makeup.

Jojoba oil has many benefits, making it an ideal choice for skin care products. For one, it is a natural moisturizer. This means that it helps to keep skin hydrated and protected from moisture loss, which can lead to dryness and skin problems. Additionally, jojoba oil is non-comedogenic, meaning that it does not cause acne. Finally, jojoba oil contains antioxidants, which help to protect the skin against damage caused by free radicals.

How to tell if Jojoba Oil is Real

If you’re looking for a natural oil that can be used on your skin, you may want to consider jojoba oil. This oil is derived from the seeds of the jojoba plant, and it is considered to be a non-comedogenic oil. That means that it won’t cause your skin to break out in acne. Jojoba oil can also be used as a moisturizer and hair treatment. If you’re unsure if a product is made with jojoba oil, look for the ingredient list to include jojoba oil.

Here are four ways to tell if jojoba oil is real:

1. Texture: Jojoba oil should have a light, liquid texture. If it is thick or solid, it may not be real.

2. Color: Jojoba oil should be light yellow or tan in color. Darker colors could indicate that the oil contains toxins or has been stored improperly.

3. Smell: The smell of jojoba oil should be faint and slightly nutty. If the oil smells strong or oily, it may not be real.

4. Origin: To ensure that your jojoba oil is authentic, look for a label that states “jojoba” or “pure jojoba.” Be sure to read the ingredients list to ensure no harmful chemicals are included.

What is the difference between regular jojoba oil and organic jojoba oil?

Regular jojoba oil is extracted from a shrubby plant’s seeds that grow in the southwestern United States and parts of Mexico. It is a colorless, odorless, and tasteless oil that can be used in cooking or as a natural skin moisturizer. Organic jojoba oil, also called wild jojoba oil, is made from the same plant but is cold-pressed instead of refined. It has a stronger flavor and a reddish color that may vary depending on the soil where it was grown.

Are there any cons to using jojoba oil?

Jojoba oil is a popular ingredient in natural beauty products, and for a good reason. It is a great carrier oil that can be used to soften hair, add shine and reduce frizz. But just because jojoba oil is natural doesn’t mean it’s free of chemicals. In this article, we will discuss the different types of Jojoba oils and their potential dangers so that you can decide whether to use them in your beauty routine.